The Traditional Latin Mass, which has nurtured countless souls and enriched the Catholic Church and the world for centuries, must surely be preserved. We are a growing international movement of Catholics and non-Catholics dedicated to this cause. We need your help!

What Is The Preserve The Latin Mass Movement 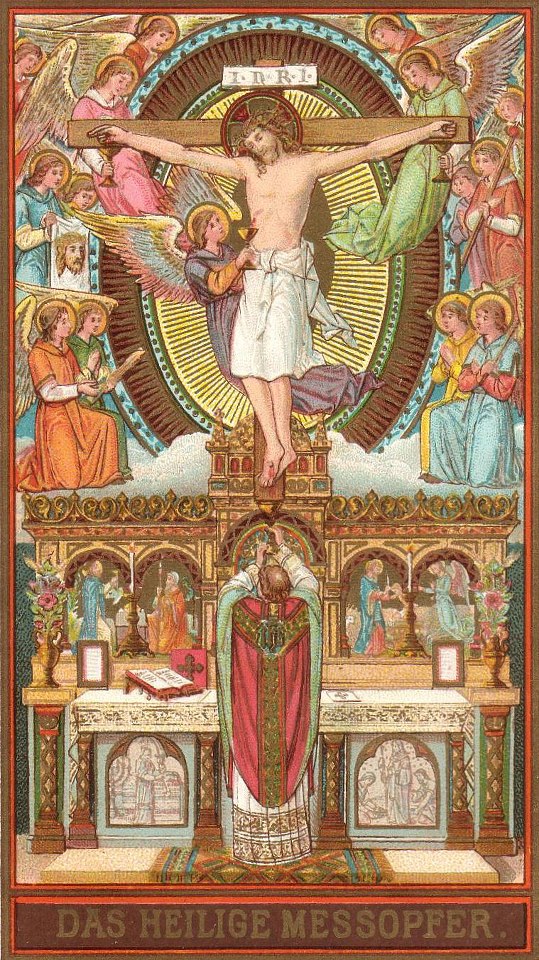 Please listen to this short clip (15 minutes) from an interview of our President and Co-Founder, Marc Rome, by Dr. Tom Curran. This interview discusses who we are, why we started the Preserve The Latin Mass movement, and our mission and planned actions.

This episode was previously aired on February 18th, 2022 on Dr. Curran's Catholic radio show and the full interview is available as a podcast on Dr. Curran's website at MyCatholicFaith.org.

The traditional liturgy has nourished many saints throughout the centuries and continues to edify a growing number of souls throughout the Catholic Church today. Catholics of all backgrounds value and treasure this Mass and many non-Catholics are inspired by its beauty and majesty.

This Mass is an integral part of our collective heritage and must be preserved.

We see the eventual prohibition or severe restriction of the Traditional Latin Mass and sacraments as a loss, not only to the many Catholics who regularly lift up their hearts to God in this form of worship, but to all Catholics, and to humanity in general.

First and foremost, we ask that you read our open letter to His Holiness Pope Francis and lend your name to the growing list of its signees.

We, the undersigned, fervently appeal to Your Holiness for the preservation of the Traditional Latin Mass (usus antiquior) and the accompanying Sacraments.

The ancient liturgy is breathtaking in its beauty and serves to lift the hearts of countless souls to God. It attracts diverse and often marginalized Catholics, including many young people and families. Prayerful participation in the Traditional Latin Mass has led many into a profound and sincere relationship with Jesus Christ and His Church.

We appeal to you on behalf of the countless souls – priests, religious, and lay faithful of all ages and cultures – who suffer greatly and feel excluded and abandoned by their shepherds when the Traditional Liturgical Rites are restricted or prohibited. We pray that room may be found for the preservation of the Traditional Liturgical Rites in the Catholic Church, known for her beautiful diversity of liturgies that serve to unite the Faithful across boundaries, cultures, and centuries.

We humbly request that diocesan priests may continue to provide the Traditional Liturgical Rites to the faithful who ask for them. We appeal for the freedom of bishops to choose how to ordain new priests and confirm their flocks. We implore you also to allow the “Ecclesia Dei” communities to continue to serve the People of God as they have for the past thirty-three years, faithful to their constitutions and founding documents. They have pledged their lives for this, trusting in the support of the Church and her Pastors to live the charism approved and affirmed by Pope Saint John Paul II and Pope Benedict XVI. Please, do not allow their trust to be violated, their faithfulness to be rejected, and their flocks to be forsaken.

We, the undersigned, are Catholics and non-Catholics alike, united by our support for diversity of liturgical expression in the Catholic Church.

We place this petition under the patronage of the Blessed Virgin Mary, Mother of the Church and St. Joseph, Protector of the Holy Church.

Gabby shares how attending the Latin Mass has profoundly changed her life. She discusses the damage done by Cardinal DiNardo's restrictions of the Latin Mass in the Archdiocese of Galveston-Houston (Texas, USA).

We thank Gabby for having the courage to take action in our fight to Preserve The Latin Mass.

Learn More About The Latin Mass

We are just getting started at Preserve The Latin Mass, Inc.  Beyond our efforts to educate and influence through the open letter, we plan to build out this site to contain helpful and engaging content about the Latin Mass.

We also plan to use this site to ensure our voices are heard by our bishops. We, the lay people, can speak out. But we need our bishops to act. Please consider donating and becoming an ambassador to help us advance this movement.

MAKE A DONATION
BECOME AN AMBASSADOR

About Preserve The Latin Mass 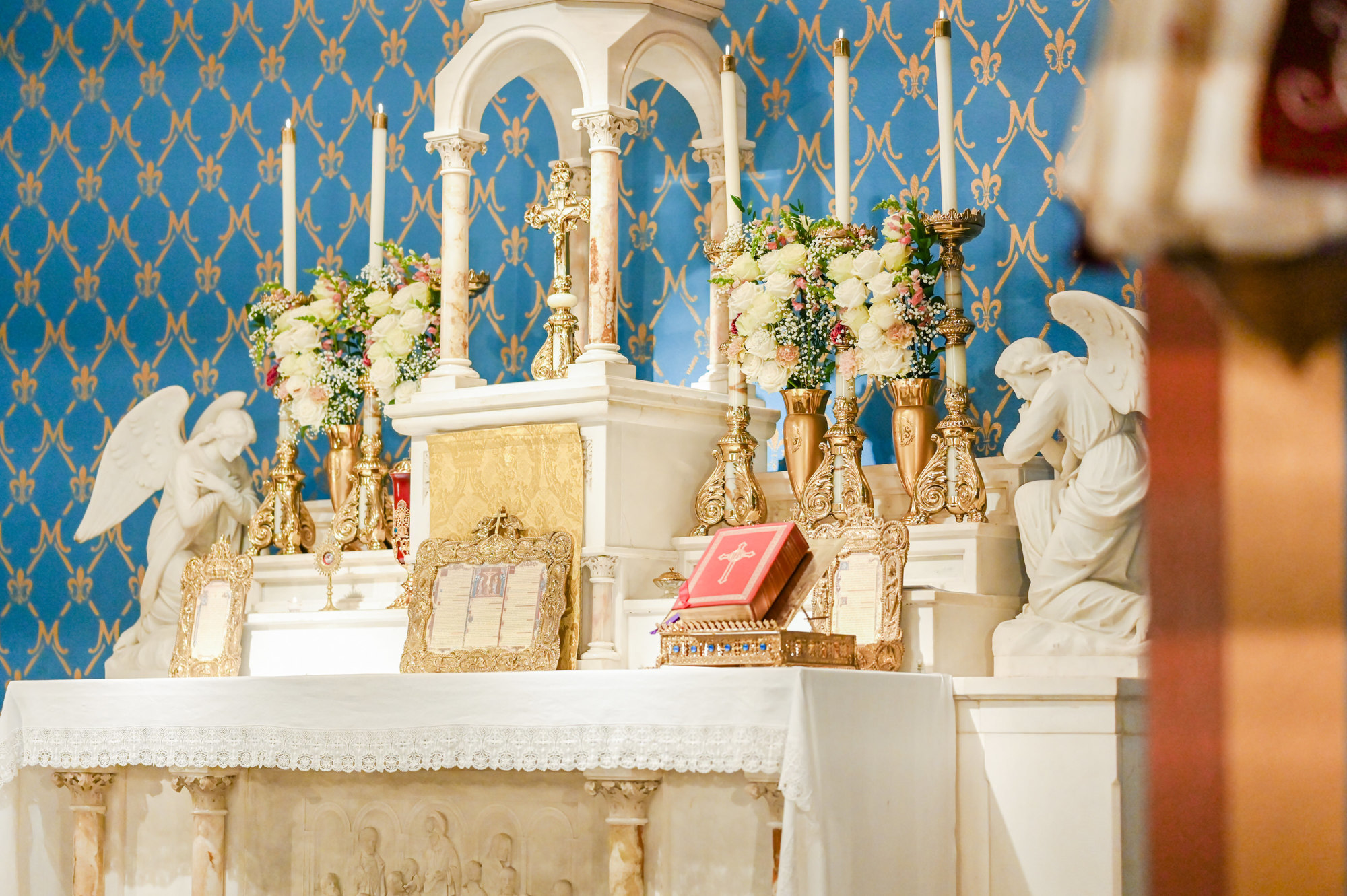 For general questions and media inquiries please fill out the form below and we'll be in touch shortly.

I am excited to announce the launch of our newest initiative at Preserve The Latin Mass: The Suffering Faithful video series.

We will be releasing a series of videos which will shine a light on
all of the suffering being caused by bishops who implement Traditionis Custodes in their diocese. I hope that, in being confronted with the suffering of the faithful:

I need your help to in order to make this initiative a success. We need the faithful who are suffering under TC to send us video testimonials. The video testimonials will be professionally
edited and prepared for distribution by our video production team. The Suffering Faithful video testimonial submissions should include the following:

Please click the link here and follow the instructions to record and submit your video testimony.
Thank you for your continued prayers and support.

Una Voce International represents Catholics devoted to the ancient Mass — the usus antiquor — all over the world. We welcome this initiative of lay Catholics and non-Catholics concerned about the suppression of a form of worship which brings solace to people with all sorts of social, cultural, and educational backgrounds.
We would like to express our solidarity above all with people marginalised by modern society: people of traditional cultures, minority languages, migrants, children, young people, and the simple faithful, who are often sidelined by modern media and may less able to present their views to their superiors within the Church, who feel ignored and even betrayed
by attacks on a liturgy which they often found, as Pope Benedict expressed it, ‘specially suited to them’.